This easy vegan jambalaya is made with a spicy mixture of rice, red beans and peppers. It cooks up quick and easy on the stove, or you can let it simmer away in the slow cooker!

However, all the other things in jambalaya, i.e., rice, peppers, spices, hot sauce and the like…those are all things that I LOVE. Which basically means I need some vegan jambalaya in my life.

So I made up a recipe for just that. My meatless jambalaya includes red beans in lieu of shrimp, and optional vegan sausage links in place of regular sausage. You can also just leave the sausage out, which basically makes this dish a Cajun-inspired version of rice and beans, but really, who cares — it’s delicious.

You can make this jambalaya on the stove, which is pretty quick and easy, or in the slow cooker, which is quite possibly easier, but not so quick. Be sure to read my notes below if you go for the slow cooker version.

First, a few words of caution for those who decide to make this in a slow cooker.

Having said that, here’s how it’s done!

Leftover vegan jambalaya will keep in an airtight container in the fridge for about 3 days, or in the freezer for about 3 months.

Is this jambalaya gluten-free?

As long as you don’t make it with gluten-containing vegan sausages, it is! Beyond sausage is gluten-free.

Can I make this dish using dried beans?

You can, but you’ll need to soak and cook them first. Try this method.

Is this vegan jambalaya spicy? 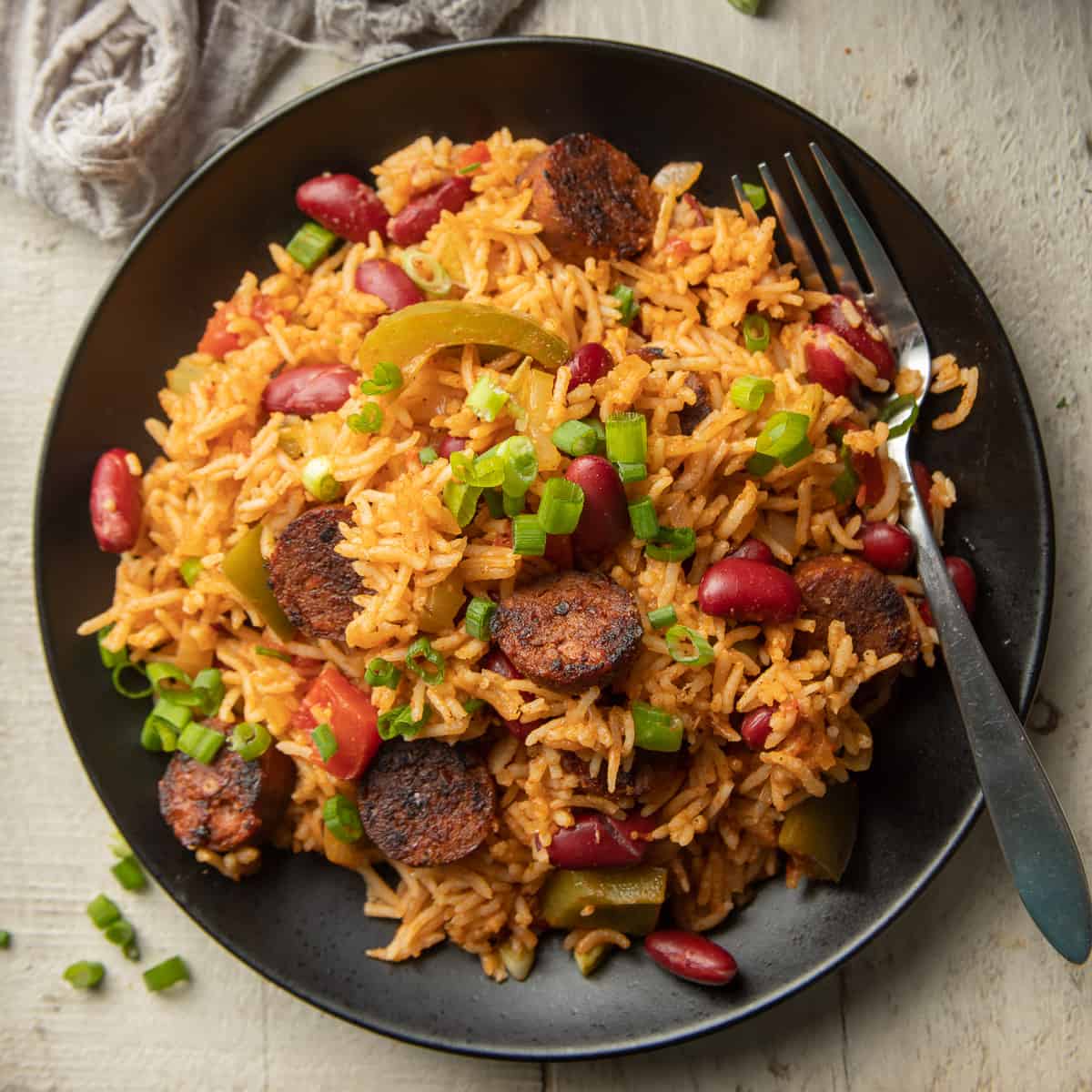 This easy vegan jambalaya is made with a spicy mixture of rice, red beans and peppers. It cooks up quick and easy on the stove, or you can let it simmer away in the slow cooker!

Nutrition information does not include vegan sausage, since there’s so much variation among brands.

Amount Per Serving (2 cups (without sausage))

The Science of Vegan Fat Loss